“It Takes A Man and A Woman” Now Showing nationwide!!!


I am a big fan of “Laida-Miggy” loveteam, from their first movie “A Very Special Love” down to “You Changed My Life”. I am fond of their “nakakakilig” moment together. For me, they have the irreplaceable chemistry. And for the third time, I can’t wait for the big screen return of two of the loved Pinoy movie characters namely Laida Magtalas (Sarah) and Miggy Montenegro (John Lloyd) via “It Takes A Man and A Woman,” the third installment of the most successful Filipino film franchise co produced by Star Cinema and Viva Films.  “It Takes A Man and A Woman” is now showing to all cinemas nationwide (March 30, 2013). 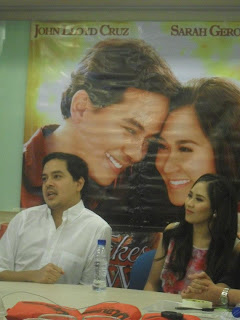 After four years, Box office royalties Sarah Geronimo and John Lloyd Cruz admitted that they are equally excited, just like the rest of the moviegoers nationwide. Like the rest of the nation, Sarah and John Lloyd loved their series even more not only because of the romantic scenes between Laida and Miggy but because of the lessons imparted by the characters. John Lloyd also confessed how attached he is with his character Miggy. With the learnings they got from the experiences of Laida and Miggy, Sarah and John Lloyd were even made closer in their love team’s return on the big screen.

What were the trials that Laida and Miggy faced after their break-up? Is it really the end of their love story or will Laida and Miggy rediscover the magic of the ‘very special love they once shared? Find out the answer.

Aside from Sarah and John Lloyd, also part of “It Takes A Man and A Woman” are Joross Gamboa, Gio Alvarez, Matet De Leon, Al Tantay, Irma Adlawan, Guji Lorenzana, Rowell Santiago, and Dante Rivero. The film also introduces model-host Isabelle Daza, who will plays the character of Belle, the socialite girlfriend of Miggy. 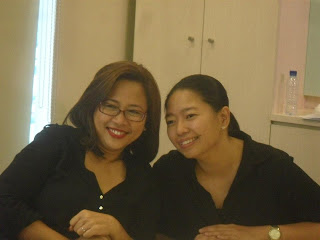 For more information and latest updates about “It Takes A Man and A Woman” simply visit www.starcinema.com.ph  Star Cinema on facebook and Star Cinema on twitter.


Also join the contest on It Takes A Man and A Woman on facebook and win movie passes and signed official movie poster.
Posted by Bedalyn Aguas at 9:15:00 AM 1 comment:

Signature Style is Boardwalk’s premium brand of young designer apparel. It will be classic, elegant and exclusive, bringing Boardwalk to new heights in fashion and style. With this in mind, Boardwalk can think of no other to wear the collection than Ms. KC Concepcion.
KC Concepcion is a woman of grace, sophistication, and substance. She has her own style and stands for what she believes in. Well-traveled, independent and yet retains for herself a form of vintage modishness, KC is a muse not only to women but for the young designers as they design unique and inspired Signature Style pieces. 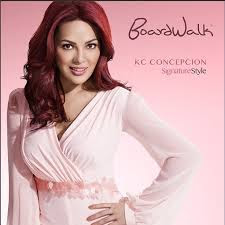 According to Mr. Bernardo Madera, Boardwalk President, “There are lots of starting designers out there who are talented but are not given the chance to showcase their talent. With Signature Style, they will be given the opportunity to have their work materialized – not only that, KC Concepcion will be wearing what they designed!” He and Vice-President Imelda Madera strongly believe in using their business to open possibilities to others and would develop the Boardwalk business with this in mind. KC Concepcion is perfect for the advocacy also because of her awareness and involvement in global concerns, a vision and mode of action she shares with the Boardwalk owners. 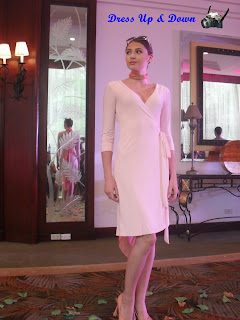 Signature Style may be ordered soon through Boardwalk Personal Shoppers and online at www.boardwalk.com.ph  By making limited edition young designers pieces available and accessible, Boardwalk would indeed be a life-changing lifestyle brand for our countrymen, and soon the world. 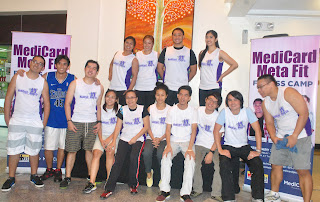 In the recent briefing event of MediCard-Metafit, the bloggers and some participants were already put to training what they’ll experience heavily at the boot camp which starts on February 25. 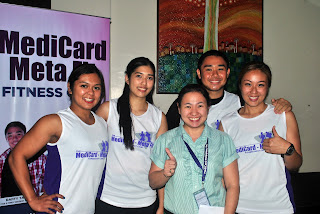 The workout techniques and methods - 10 jumping jacks, 10 squats, 10 pushups, 10 lounges per leg for a warm-up stint focuses more on lower body strength with over-all metabolic exercises. This was done the AMRAP (as many rounds as possible) within 4 minutes, pretty much the same as what you’d expect from a crossfit trial.

After the warm-up comes the Enter the 50/10, participants were made to do as many repetitions as they can of a specific exercise within 50 seconds with a 10 seconds rest in between. For a beginner, the second part of the work-out composed of “Burpees”, crab-like lateral movements, High Knees and Plank can be quite tiresome. But as any other Metafit trainings, coaches were there not only to guide the participants physically but they were also very motivational and supportive.

What the participants experienced that night was just a teaser of what to expect from the boot camp; the rest of the exciting drills and activities are yet to come, at the same venue which is the Medicard Lifestyle Center.

We all make many compromises in our life. One of the biggest and the most compromised aspect of our lives today involve our own health and fitness. It may be because of the busy schedule and different priorities that we opt to neglect our body and its needs. We are unaware of the effects of these compromises we make, until it strikes us. Living a healthy and fitter life may be difficult but is not impossible. It is just a matter of self-discipline and solid commitment in taking care of your body and motivation. So why not give Metafit a try?

BagsGo, The Bag with a task!!


Let’s face it: we’re all scared of losing the only planet we have. Slowly, we are becoming more eco-aware, and we’re doing whatever small thing we can to save the Earth. This is exactly what this new, revolutionary reusable bag is trying to do: HELP YOU HELP SAVE THE EARTH. 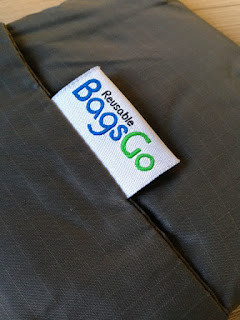 The bag with a task, that’s BagsGo. Created with lightweight RIPSTOP fabric used to make parachutes, tear and water resistant, completely washable and durable, and most importantly, 100% REUSABLE: BagsGo Reusable bags are the perfect alternative to plastic bags, and can be used in various ways. And for every BagsGo sold, a percentage goes to a foundation that supports ethical stewardship of the environment. So not only are you helping to save the Earth, you are also funding an organization to continue doing the same. 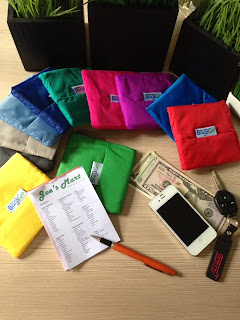 So the next time you use one of BagsGo reusable bags, you become part of the mission. You are the person with a task, and you make it happen with your bag. Grab one now at the nearest Fully Booked outlet, Sesou Nature stores, or order online at zalora.com. 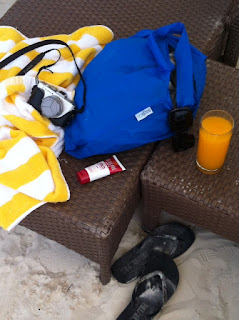